A Review of Phytoestrogens

The term phytoestrogen refers to a naturally occurring compound found in commonly consumed foods that is structurally similar to estrogen. The highest amount of phytoestrogens are found in soy based foods and flaxseed, but are also found in fruits, vegetables, nuts and grains.

Phytoestrogens have a bit of a bad reputation. They are often referred to as having “estrogenic” activities, implying they act the same way as our own naturally occurring estrogen. In the oncology world, patients are warned to stay away from phytoestrogens, such as soy and flax, because they mimic estrogen and would therefore be particularly harmful to a woman with breast cancer. However, a very simple review of the published medical literature reveals an entirely different story.

As a naturopathic doctor who focuses on nothing but integrative cancer care, it is my number one priority to know everything there is about what can be both harmful and helpful to someone with cancer. There are many health benefits to consuming a diet rich in phytoestrogens, so allow me to present the research below.

How do Phytoestrogens Work?

There are many different types of phytoestrogens, so let’s start with one of the most well known – soy. The medicinal ingredient in soy is called genistein, and this then gets metabolized to other phytoestrogens, such as equol. There have been many animal studies that consistently show genistein does not increase rates of cancer, and actually decreases the growth of cancer cells (5). A recent large epidemiological study looked at 18 published articles that found that women with a history of breast cancer who ate a diet rich in phytoestrogens had decreased risk of a recurrence (6).

Genistein has also been shown to decrease incidence of cardiovascular disease (7), prevent osteoporosis and increase bone density (8), decrease formation of fat tissue (9), and has anti-depressant properties (10), all of which are important to address in women with breast cancer.

A diet rich in soy has also been found to be beneficial in men with prostate cancer. One Japanese study found decreased rates of prostate cancer in men who consumed the highest amount of soy (11). Another study on men who already had been diagnosed with prostate cancer found that men who consumed the highest amounts of soy had decreased risk of it becoming metastatic (12). Genistein has been found to increase the expression of four genes that are involved in stopping the migration and invasion of cancer cells (13).

Soy and its phytoestrogens have been found to prevent the formation and recurrence of colon adenomas, and therefore preventative of colon cancer (14). The same can be said with lung cancer. In a large case control study of over 24,000 women, it was found there was an inverse relationship between high soy consumption and risk of lung cancer (15).

Flax is another medicinal food high in a chemical compound called lignans. A study of post menopausal women with breast cancer found that high flax intake was associated with not only lower breast cancer related mortality, but also all cause mortality (16). In women with no history of breast cancer, eating a diet high in flax was found to decrease the risk of being diagnosed with breast cancer (17). Flax has been shown to reduce markers of inflammation, such as C-reactive protein, which could be one of the mechanisms it helps to reduce cancer (18).

These lesser known phytoestrogens found in grains such as barley, rye and wheat, and are also found in seeds, nuts and vegetables. A recent large meta-analysis reviewed about 30 epidemiological studies, and found that there is a protective role of consuming a diet high in these phytoestrogens, and are preventive of breast cancer, prostate cancer, colon cancer, stomach cancer and lung cancer (19).

This is a great herb for reducing symptoms of menopause, mainly hot flashes. It can be safely used to reduce side effects of hormonal medication used for breast cancer. A study of 85 women with breast cancer took placebo or black cohosh, and the results showed that black cohosh reduced symptoms of menopause and did not affect estrogen levels (20). A large German study found that women with a history of breast cancer who took black cohosh regularly had a 4.5 year longer recurrence free survival, again, showing a protective effect of phytoestrogens (21).

As a doctor so passionate about integrative cancer care, nothing is more frustrating than misinformation. It is very clear from the widely available published research that there are many health benefits to phytoestrogens, especially when it comes to cancer. A patient should feel confident that eating foods rich in phytoestrogens may help to decrease recurrence rates and even slow cancer growth. Talk to me today about a personalized diet plan to optimize your nutritional intake for your health. 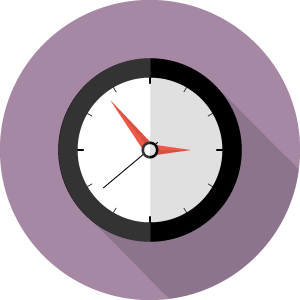 Come In For a Free 15-Minute Consultation
Interested in how naturopathic medicine can help treat you? Then book a free 15-minute meet & greet to see if we're a good fit.

Want to stay informed about scientifically backed treatments? Say good-bye to Dr. Google and get updates from an experienced doctor in the field of naturopathic oncology. Sign up for my newsletter below!

Come In For a Free 15-Minute Consultation
Interested in how naturopathic medicine can help treat you? Then book a free 15-minute meet & greet to see if we're a good fit.

Are you feeling overwhelmed with all the information out there? Not sure how to find the right solutions that are unique to you? I send my newsletter subscribers the most relevant, scientifically backed news to help you feel more at ease.

Sign up below and receive a free eBook on "Natural Ways To Treat Side Effects From Conventional Cancer Treatments"!